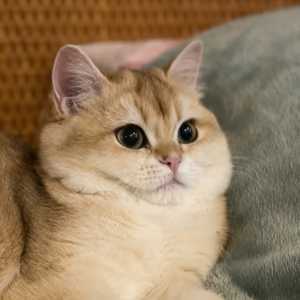 There is not much obscurity in the origin of British cats, they were all known to us long before the breed came to life. As early as in 1865 there was a Cheshire cat in “Alice in Wonderland" who could be referred to as a tabby British Shorthair if there would be such a term at the time. However, English fanciers were already pointing the most fancy farmer, stray and home cats, to later monument their features in an all-new breed, that would inherit the “native british cat" archetype with it's plush coat and big round eyes.

Despite the fact that these cats were not a part of any contemporary breed, they were healthy and hardy, aristocratic and social, not to mention their mouser skills. These were the qualities fit for a new breed. In 1871 on a cat show the world was shown a new cat, that was given a name of British shorthair to not be mixed with other shorthair cats

A rather large feline (9 to 17 lbs) with short legs, massive chest, round head with good cheeks and big bright eyes. This breed has a unique profile, which gives it a special look. Moreover, a typical “plush" coat may serve as a defining feature.

Head: Rounded, broad and massive. Muzzle is well defined, with the rounded contours and has a specific “look". Round, a series of 3 circles defines the head 1 broad st round muzzle, 2 broad round head nd and 3 full round chubby cheeks. Nose is broad, short. With a straight indentation, but not as a stop. Chin is strong, in one line with the nose.

Eyes: Big, rounded, set far from each other. The color of the eyes corresponds the coat color. It can be any color: cupper, dark orange, blue, green, yellow or odd colored.

Ears: Small, broad at the base, rounded at the tips. Set wide apart.

Body: Strong, compact, sturdy, massive, with a broad chest. Shoulders are broad and flat; hips are the same width as shoulders. Musculature is well developed.

Legs: Short and massive, strong, boning and musculature is strong.

Tail: Length – 2/3 of the body length, broad at the base, tapering slightly to a rounded tip.

Coat: Short, dense and standing away from the body, plush with a well developed undercoat, with a natural protecting impression.

Color: More than 100 allowed. Nevertheless, the classical colors are blue and lilac.

Disqualification for all breeds: Amputated claws, cryptorchism, deafness. Any bone deformation in the head, body, limbs.

British shorthair looks like (and doubles as) a nice teddy bear, it is peaceful, jolly, tolerant and easygoing. It is easy to live with as it's temper is soft and smooth. While being at home in any flat or house environment, it evokes hunter instinct when out in the open. These cats are quite social to maintain a peaceful coexistence with other cats or even dogs, sometimes it would even take care of someone else's litter if the need arises. It is tender and kind with it's master, although it is not intrusive and sometimes won't even rest on your hands. British cat takes 2-3 years to gain weight. Puberty does also come significantly later than with other breeds.

Generally you may just brush it with a comb every few weeks, although you would want to do it more often during the molt season, as if british shorthair lose unexpectedly large quantities of hair. 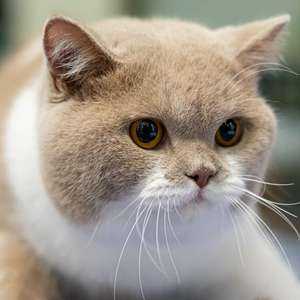 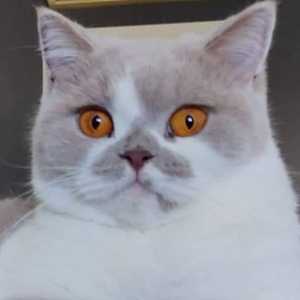 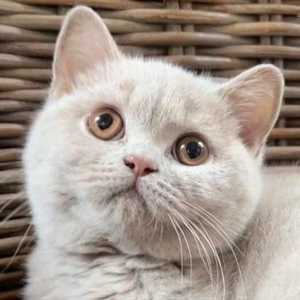